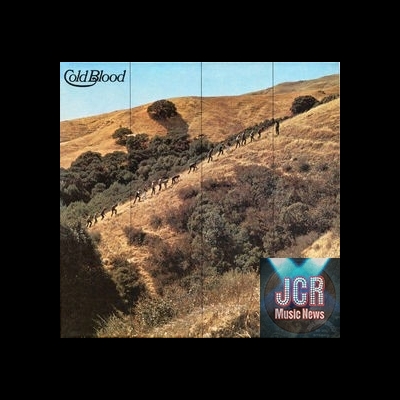 A San Francisco-based R&B band originally formed by guitarist Larry Field as the 'New Invaders' in the wake of the Summer of Love, Cold Blood had the key elements of strong female vocalist, a fine guitarist, and a powerful horn section. After successful gigs at Golden Gate Park and at the Fillmore, they were signed by impresario Bill Graham to his new San Francisco Records label, on which they released their self-titled debut in 1969. Four more albums followed over the next five years -- in fact, later efforts boasted the production and musical contributions of Steve Cropper -- but all were hamstrung by Graham's underhanded distribution deals with Columbia and Atlantic.

Though the debut's single 'You've Got Me Humming' crawled up to number 52 on the American charts, Cold Blood seemed doomed to labor in the shadow of bands like Tower of Power, Chicago, and especially Janis Joplin. The latter comparison became endemic among critics; for although blues belter joined Field's band as its youngest member -- she had formerly been, of all things, a childhood national rollerskating champion -- her magnetic stage presence established her as the band's central force. Eventually, the band billed itself as Lydia Pense With Cold Blood, and even released an album simply titled Lydia. Joplin sensed a kindred soul; after screaming at Cold Blood for scooping her on a blistering cover of 'Piece of My Heart,' she warmed to Pense enough to give her a swig of Southern Comfort.