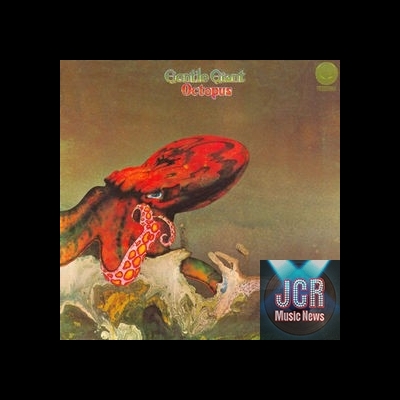 180 gram vinyl. This band formed in 1970 in the aftermath of Simon Dupree and The Big Sound, which had centred around the three Shulman brothers Derek (Simon Dupree), Ray and Phil. This time the brothers teamed up with Kerry Minnear, a multi-instrumentalist who'd just graduated from the Royal Academy of Music; lead guitarist Gary Green and former Mojos' drummer Martin Smith. The new band spent their first six months in hibernation in a cottage in Southampton rehearsing their new brand of progressive soft rock (radically different from the blue-eyed soul/psych format tried and tested earlier as Simon Dupree and The Big Sound). The new line-up returned to the studio and emerged with the band's magnum opus, Octopus. An imaginative effort, it drew heavily on Minnear's knowledge of medieval music, particularly on Raconteur Troubadour. In contrast to earlier efforts Octopus was a great success both here and in the US.