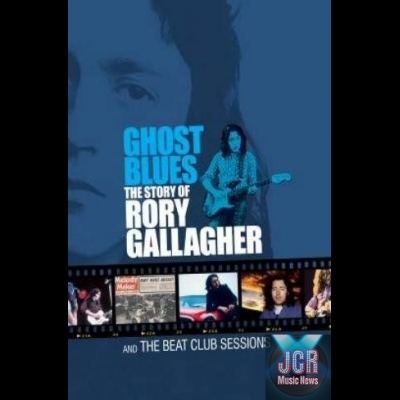 'The Story Of Rory Gallagher'

The interviews with The Edge and Bill Wyman are interesting and engaging. Most of the concert footage will be well known to Rory's many fans. The documentary contains little of Rory's early childhood, his favourite novels, films, etc. It is sad Rory is not around to write an autobiography covering his life, his personal visions, ambitions, music, and extraordinary talent.

This superb two disc DVD set tells for the first time the complete and fully authorised story of Rory Gallagher. On disc one “Ghost Blues” follows Rory’s life and career from his upbringing in Cork, his early days with a showband, the brief success of Taste and then his legendary solo career leading up to his health problems in later life and tragic death at the age of just 47. There are archive interviews, both audio and visual, with Rory and contributions from many of his friends and admirers including his brother Donal, Bob Geldof, The Edge, Cameron Crowe, Slash, Johnny Marr, James Dean Bradfield, Ronnie Drew, Bill Wyman, Martin Carthy, band members Ted McKenna and Gerry McAvoy and many more.
Disc two “The Beat Club Sessions” then shows what Rory Gallagher was really all about – a magnificent live performer. Drawn from three different appearances on the German TV series “Beat Club”, this disc contains over 90 minutes of previously unreleased live performances which ably illustrate why he inspired so many of the musicians who pay tribute to him in “Ghost Blues”.