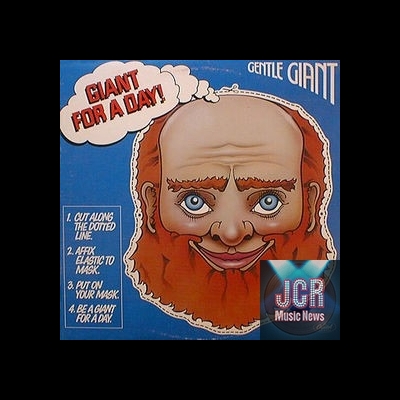 Giant for a Day

1978 was a horrible year for progressive rock, and A Giant for a Day was a major why.  As with contemporary releases by Genesis (…And Then There Were Three) and Yes (Tormato), here Gentle Giant has muted their proggish ambitions in favor of a more straightforward sound that was obviously intended to make inroads upon the radio-listening masses.  Yet on A Giant for a Day this conversion is even more total; apart from the vocals of Derek Shulman, its hard to believe that this is the same band that produced Free Hand and Interview only a couple of years prior.  If you've listened to the band's previous The Missing Piece, the music is another step in the direction exhibited by that's record eclectic first half.  The melodies here are all catchy enough, but the arrangements are so painfully generic that at times they come off as downright goofy ('Giant for a Day', 'Spooky Boogie').  It's as if the band had looked up the definition of 'pop music' in a dictionary and proceeded to connect-the-dots without any real knowledge of the genre.  The fact that a fair number of the tracks still manage to be relatively enjoyable is a huge testament to the skill of the band, and with guilty pleasures such as 'Thank God' and acoustic ballad 'Friends' I can't bring myself to give the record less than 2.0 stars.  A Giant for a Day is still a complete failure from a prog rock viewpoint, so if you're a hardcore proghead who openly despises anything approaching MOR pop/rock I suggest that you avoid this release like the bubonic plague.