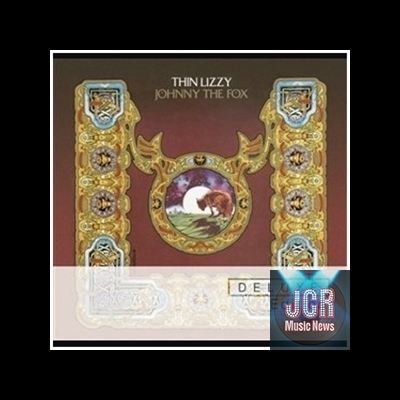 Jailbreak was such a peak that it was inevitable that its follow-up would fall short in some fashion and Johnny the Fox, delivered the same year as its predecessor, did indeed pale in comparison. What's interesting about Johnny the Fox is that it's interesting, hardly a rote repetition of Jailbreak but instead an odd, fitfully successful evolution forward. All the same strengths are still here -- the band still sounds as thunderous as a force of nature, Phil Lynott's writing is still graced with elegant turns of phrase, his singing is still soulful and seductive -- but the group ramped up the inherent drama in Lynott's songs by pushing them toward an odd, half-baked concept album. There may be a story within Johnny the Fox -- characters are introduced and brought back, at the very least -- but it's impossible to tell. If the album only had an undercooked narrative and immediate songs, such digressions would be excusable, but the music is also a bit elliptical in spots, sometimes sounding theatrical, sometimes relying on narration. None of this falls flat, but it's never quite as gripping as Jailbreak -- or the best moments here, for that matter, because when Johnny the Fox is good, it's great, as on the surging 'Don't Believe a Word' or the elegiac 'Borderline.' These are the reasons why Johnny the Fox is worth the extra effort, because it does pay off even if it isn't quite as good as what came immediately before -- or immediately afterward, for that matter.