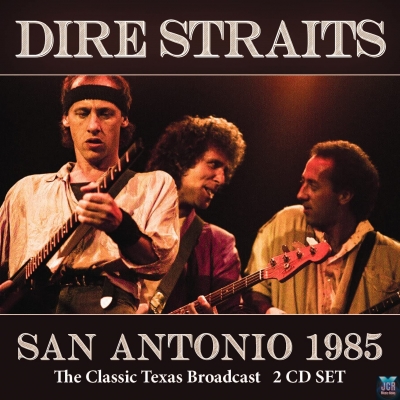 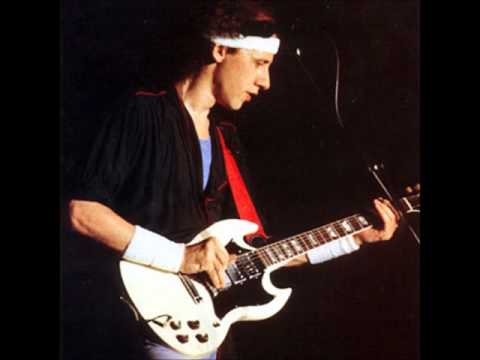 CLASSIC ‘BROTHERS IN ARMS’ BROADCAST • During 1983 and 1984, Mark Knopfler was involved a number of projects outside of Dire Straits. He wrote the music scores for the films Local Hero, which extensively featured Alan Clark's keyboards, and Cal, both of which were also released as soundtrack albums. The final track of Local Hero, "Going Home (Theme Of The Local Hero)", is played before every home game of Newcastle United, Knopfler's local team. Also, during this time, Knopfler produced Bob Dylan's Infidels which also featured Straits' member Alan Clark, as well as Aztec Camera and Willy DeVille. In 1984, John Illsley released his first solo album, Never Told a Soul, to which Mark Knopfler, Alan Clark and Terry Williams contributed. • Dire Straits returned to recording at the end of 1984 and began at Air Studios in Montserrat for their upcoming fifth studio album, to be titled Brothers in Arms, with Mark Knopfler and Neil Dorfsman producing. Released in May 1985, Brothers in Arms entered the UK Albums Chart at number 1 and spent a total of 228 weeks in the charts, selling over 4.3 million copies. It went on to become the best-selling album of 1985 in the UK, and was equally successful in most other world markets. • The 1985–1986 Brothers in Arms world tour which followed the album's release was phenomenally successful, with over 2.5 million tickets sold. The tour included dates in Europe, Israel, North America, Australia and New Zealand; in all the band played 248 shows in over 100 different cities. The tour began on 25 April 1985 in Split, Croatia (then part of Yugoslavia). While playing a 13-night residency at Wembley Arena in London, the band moved down the road to Wembley Stadium on the afternoon of 13 July 1985, to appear in their Live Aid slot. • Among the very finest shows the band played during this mammoth jaunt, took place at the San Antonio Municipal Stadium in Texas on 16th August ’85, where the band performed a quite staggering 2-hour set, resplendently featuring a healthy selection from the new record, and peppered it too with classic cuts from previous albums. • Previously unreleased on CD, this remarkable broadcast recording is now available on this new release for the first time.