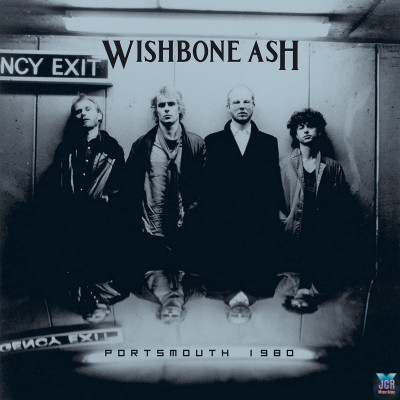 Wishbone Ash achieved considerable success in the early & mid-1970s, during which they were among England's most popular hard rock acts achieving an incredible eight top 40 albums. Following on from 2018s The Vintage Years, a 30-disc collection of the bands material, Madfish are proud to release a newly discovered classic live recording from 1980, while they were at the height of their powers. The newly remastered 14-track set captured live at one of the countrys premier live venues, Portsmouth Guildhall in February 1980 in support of the recently released Just Testing album. Including classic Wishbone Ash tracks such as Phoenix, Blowin Free & The King Will Come along with the tours regular set closer, an inspired cover of Chuck Berrys Too Much Monkey Business. This classic Wishbone Ash line-up includes original members Andy Powell (vocals, guitar), Martin Turner (vocals, bass), Steve Upton (drums) as well as latter-day addition Laurie Wisefield (vocals, guitar). This set finds them in scintillating form. This edition of Portsmouth 1980 is presented in double digipack with an 8-page booklet.