LET IT BE - 5CD+BLU-RAY SUPER DELUXE WITH BOOK 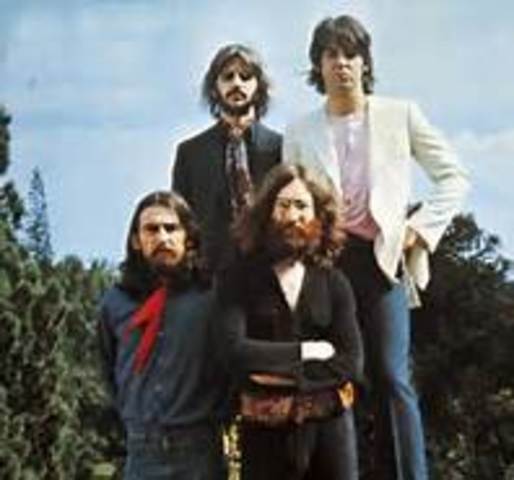 SIGN IN Search for:Submit The last studio album that The Beatles released, 1970’s Let It Be, will be reissued in October as a belated 50th anniversary edition. Recorded in early 1969, and documented in Michael Lindsay-Hogg’s Let It Be film, one single from these sessions (‘Get Back’ b/w ‘Don’t Let Me Down’) emerged in April 1969 and attempts by Engineer Glyn Johns to knock the album (then called Get Back) into some kind of shape were in vain. His mix May 1969 mix was rejected and the tapes were mothballed (a second Johns mix was rejected again in January 1970). The retitled Let It Be album was eventually issued in May 1970 after Phil Spector was given the task of creating an album from the many hours of tapes. By that point, The Beatles had already recorded and released Abbey Road, their final studio outing. Paul McCartney was famously unhappy with Spector’s fiddling with his songs (‘The Long and Winding Road’, in particular), but in typically frank style, John Lennon defended Spector in his 1970s interview with Rolling Stone, saying “He was given the shittiest load of badly recorded shit – and with a lousy feeling to it – ever”. 2003’s Let It Be Naked was largely seen as an attempt by Paul McCartney to correct a the ‘wrongs’ of the original record, although it wasn’t all about Paul since Lennon fans got to enjoy the superb non-album ‘Don’t Let Me Down’ on the record, since that was added to revised and remixed (by Allan Rouse) version of the album. The new super deluxe 5CD+blu-ray super deluxe reissue of Let It Be doesn’t bother to repeat Let It Be Naked but, more surprisingly, also doesn’t include much from the 3 Savile Row rooftop concert. What it does offer is the 1969 Glyn Johns ‘Get Back LP’ mix, two CDs of alternate takes/jams, new mixes of the original Phil Spector version of the album (and a-sides/b-sides) and a new Dolby Atmos and 5.1 mix of Let It Be. With The Beatles Anthology, and Let It Be Naked, it’s hard to keep track of what has been made available before and what hasn’t, but Apple/UMC say that in total, the super deluxe edition features 27 previously unreleased session recordings. The 5CD+blu-ray super deluxe edition of Let It Be (click image to enlarge) The content of the CD box set is as follows: CD1 – New stereo mix (by Giles Martin) of the original album CD 2 – Get Back – Apple Sessions: Various alternate takes CD 3: Get Back: Rehearsals and Apple Jams CD 4: Get Back LP: 1969 Glyn Johns Mix CD 5: Let It Be EP: Two Glyn Johns Mixes from 1970 and new mixes of the single versions of Let It Be and Don’t Let Me Down Blu-ray: Dolby Atmos Mix, 5.1 mix, hi-res stereo version of new mix The super deluxe comes as a book with outer slipcase and a book is also included with the 5-record vinyl super deluxe edition which offers exactly the same audio as its CD counterpart across four LPs and one 4-track 12-inch EP. It doesn’t include the blu-ray with the surround mixes, however. The books are 100-page hardcover tomes with an introduction by Paul McCartney, extensive notes and track-by-track recording information and many previously unseen photos, personal notes, tape box images and more.