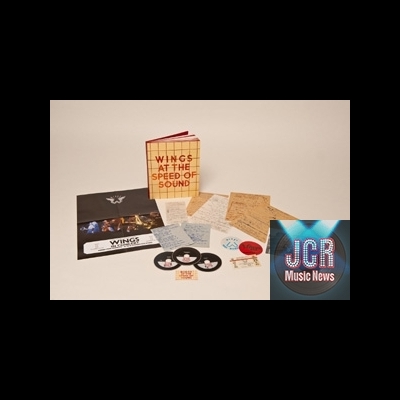 At the Speed of Sound (3PC, With DVD)

Deluxe three disc (two CDs + DVD) edition housed in a hardback book includes a bonus CD containing seven previously unreleased tracks plus a DVD that includes previously unreleased material. Digitally remastered edition of this 1976 album by Paul McCartney & Wings. AT THE SPEED OF SOUND is the fifth album by Wings. The album peaked at #1 in the US and #2 in the UK. AT THE SPEED OF SOUND was Paul's most successful album on the US chart, enjoying multiple weeks at #1 throughout the summer of 1976. Includes fan favorite singles "Silly Love Songs" and "Let 'Em In."