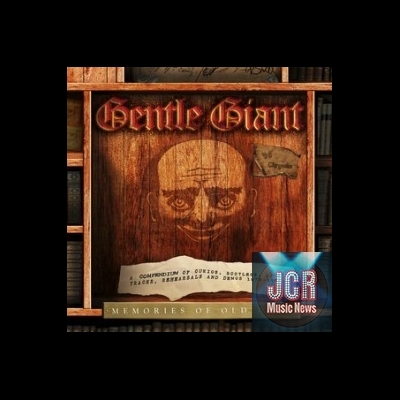 GENTLE GIANT - Memories of Old Days is a compendium of curios, bootlegs, live tracks, rehearsals and demos 1975-1980, it is an alternative anthology covering the whole of the band's time with Chrysalis Records.

A unique insight into this highly influential and respected progressive rock band, the set starts with isolated tracks and rare recording sessions for their first Chrysalis LP, 'Free Hand' from 1975, as well as previously unreleased live recordings from that tour.

Next are writing sessions for the 'Interview' album, giving the hardcore fan a band's eye view into the writing and recording process of Gentle Giant.

This set also features a whole concert rehearsal from 1977, a BBC In Concert from 1978, available on CD for the first time, and ends with two highly collectible live recordings from their final US tour in 1980, including their last ever recorded gig at the Roxy in Los Angeles.