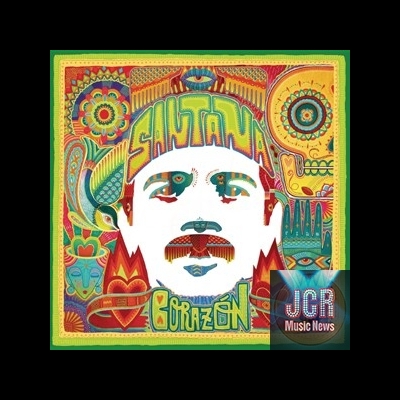 Santana performed many of the songs from Corazón at a once in a lifetime concert event in December 2013 , accompanied by many of his album special guests, all celebrating their Latin music heritage in Guadalajara, Mexico. The event and the album showcase Carlos’ own personal influence on Latin music and on today’s generation of Latin superstars. Many genres of Latin music are represented in these collaborations including pop, rock, salsa, hip-hop, folk, reggae, traditional and bachata.

The deluxe CD/DVD version of Corazón includes 3 additional tracks on the CD, and a DVD featuring the mini-documentary, ‘The Making Of Corazón’.