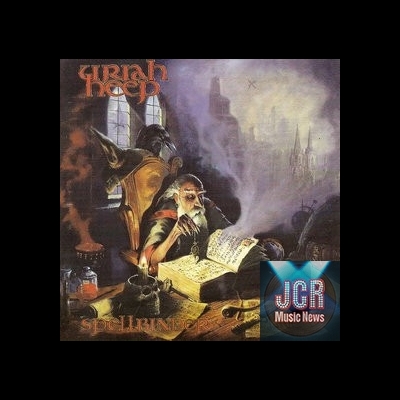 It has taken me years to sit down and give SPELLBINDER a complete listen.  Even a hardcore Uriah Heep fan like myself can become overwhelmed by the number of live releases that the band has put out over the years.  I suppose I case a 'blind eye' on this record because it was recorded during the Shaw era and just seemed unnecessary.

After listening to SPELLBINDER, I was pleasantly surprised by the sound quality and overall performance by the band.  Sure, I've heard better Heep shows and seen more interesting set lists, but this is a nice snapshot of the band around the SEA OF LIGHT era.  My first complaint is that there is only one song from that record showcased here ('Words In The Distance').  The inclusion of 'Devil's Daughter', 'Rainbow Demon' and 'Circle Of Hands' are certainly welcome.  But how many more versions of 'Gypsy', 'Lady In Black' or 'Easy Livin'' do we really need?

That said, it is an enjoyable show.  The bonus studio track 'Sail The Rivers' provides completists yet another reason to add this to their collection.  Very good overall, but not an essential purchase.