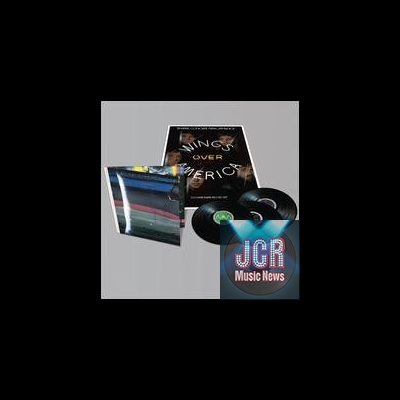 This is McCartney's Tour De Force Live In Concert highlight of a long career. And that was as true in 1976 as it is now. For while McCartney has done numerous tours since, mostly to great acclaim, it is here that we find Paul at the peak of his solo career, producing a concert where the Beatle numbers did not overshadow the solo material. For one good reason. The Wings songs here stand on their own here. McCartney was the only Ex Beatle who was able to do a world tour which achieved this remarkable feat. The Beatles songs on display here are wonderful of course. But the real highlights of this concert are the post Beatles McCartney classics: 'Live And Let Die', 'Bluebird', 'Let Me Roll It', 'My Love', ' Listen To What The Man Said', 'Let 'Em In', 'Beware My Love', 'Venus And Mars' to name but eight. This was a concert by a band at the height of their powers, quite possibly the biggest commercial attraction of the time, 1976. Although Abba were to eclipse Wings in the late '70s, but that's no bad thing. Bjorn and Benny were massive Beatles fans and it is fitting that the mantle should have passed into such classy hands.

Apart from the songs, listen to McCartney's bass playing on this record. On 'Time To Hide' for example. The rest of the band is also worthy of mention. Jimmy McCullough's solo on 'Maybe I'm Amazed' is inspired as is his solo track 'Medicine Jar' from the 'Venus And Mars' album from 1975. So much better than the album version, not least due again to McCartney's bass playing. Joe English's drumming is first class throughout. It was a major and noticeable disappointment when he quit the band the following year.

This is a not a nostalgia affair as all later McCartney concerts were to be, particularly those from the Flowers In The Dirt tour (1989) onwards. Not that those concerts didn't have their moments. They did. But this album remains the pinnacle of Paul's long career on the road. It showcases McCartney's band Wings at their creative and commercial peak, proving that at least One Ex Beatle went out with a live band and, at least for a short period anyway, was capable of Glorious Life After Death. Of The Beatles that is. With Lennon's death in 1980, most of this got forgotten somehow, but I record this opinion for the record. Historians, please take note! :-)

You are an unconditional fan of PAUL Mc CARTNEY (& Wings) ? Check if you have all the collection.
If you just want discover a little more, the list below will help you.