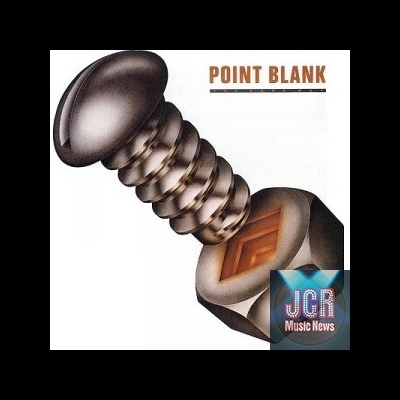 Leaving the wild seventie's behind, Point Blank struggled from the creative side after shipping a trio of studio LP's dating back to the group's heavy Southern rock styled self-titled debut album from 1976. The Dallas based group entered 1980 with the release of The Hard Way. Produced by Bill Ham, The Hard Way , in ZZ Top Fandago style, mixes five studio songs with three concert recordings.

Opening with the hard edge action of 'Turning Back', Point Blank subsequently slide into roadhouse boogie on the title track. The melodic 'On the Run' showcases John O'Daniel's vocals, while a hard drivin' live cover of Deep Purple's foot-to-the-floor 'Highway Star' fills of side one of The Hard Way.

Lead guitarist Rusty Burns takes over on vocals on the Troy Seals' penned 'Rock 'n' Roll Soldier'. Karl Berke's keyboard work dominates the intro to 'Guessing Game', which builds as the five-minute song progresses. The Hard Way closes with a pair of live recordings. Point Black drop down into a slow blues burn on 'Wrong to Cry', while the barroom boogie of 'Thank You Mama' brings the LP to a raucous rebel close with a Skynyrd-inspired extended jam.

Following the release of The Hard Way, front man John O'Daniel split the group, while the P.B. boys carried on into the early eighties with Bubba Keith taking over on lead vocals, .

You are an unconditional fan of POINT BLANK ? Check if you have all the collection.
If you just want discover a little more, the list below will help you.