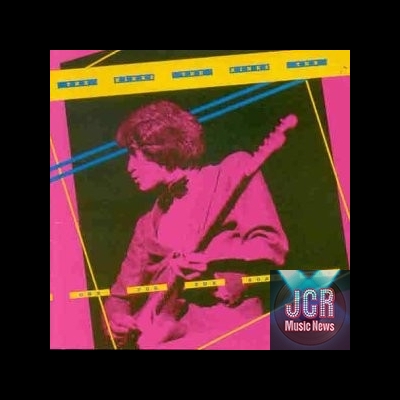 I am going to find nice things to say about this album first. OK, the vinyl edition I have comes with a pretty cool two sided poster. One of the sides is even rather wall-worthy. An anti-cocaine song, 'National Health', is well intentioned and actually kinda great.

Other than that, it's your basic double live mess, as was the style at the time. The recording is very good, the performances workman-like and the song selection nicely chosen. Unfortunately most of the pre-Arista material is re-arranged to sound like their Arista hard rock era. That's bad. The only one that seemed to escape this fate was '20th Century Man', mentioned above. So yeah. Um. Also the really bad habit of having the crowd mimic the chorus pops up a few times, and that always sucks. Ever wondered what 'Til the End of the Day' would sound like as white reggae? Well have I got the album for you! Also the version of 'Celluloid Heroes' on here is the one I grew up with on classic rock radio, so that's kind of nice nostalgia fodder, if nothing else.

This is the third best live Kinks record, or thereabouts, excluding BBC releases.

Worth the four dollars you'll pay for it on vinyl. Pass on it if it's more than that unless you're a hopeless kompletist like myself.