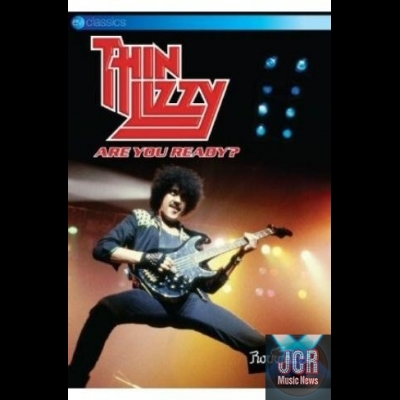 Are You Ready (DVD IMPORT ZONE 2)

Thin Lizzy, led by the inimitable Phil Lynott, were one of the greatest rock bands ever to come out of Ireland. This concert from Loreley, Germany in 1981 was filmed for the German TV series Rockpalast. The set draws tracks from across Thin Lizzy s career and alongside the hits includes Hollywood , from the as then not yet released Renegade , Desaster , a track unique to this release, and Memory Pain which never made it onto any of their albums. Always a great live band, this DVD captures Thin Lizzy at their very best.

Thin Lizzy have been rocking out since the late 1960s, keeping fans headbanging along to hits like 'Jailbreak' and 'The Boys Are Back In Town'. Despite the tragic loss of frontman Phil Lynott in 1986, the band has managed to sustain a career that continues to draw critical and commercial success around the world. This concert, filmed for German TV series Rockpalast in 1981, showcases some of Thin Lizzy's biggest hits--as well as some rarities--performed with their trademark dynamism. Tracklisting: 'Are You Ready?', 'Genocide', 'Waiting For An Alibi', 'Jailbreak', 'Trouble Boys', 'Don’t Believe A Word', 'Memory Pain', 'Got To Give It Up', 'Chinatown', 'Hollywood', 'Cowboy Song', 'The Boys Are Back In Town', 'Suicide', 'Black Rose', 'Sugar Blues', 'Baby Drives Me Crazy', 'Rosalie', 'Desaster', 'Emerald'.

You are an unconditional fan of THIN LIZZY ? Check if you have all the collection.
If you just want discover a little more, the list below will help you.