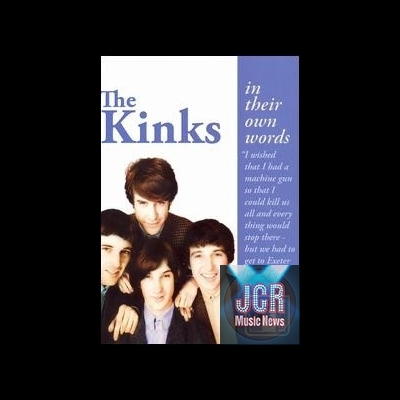 In Their Own Words (DVD IMPORT ZONE 2 + LIVRE)

Were The Kinks the most influential band of the 60's? During the Punk rock and New Wave era The Jam, The Pretenders and The Fall covered Kinks songs and the Britpop movers and shakers; Blur, Oasis and Supergrass have cited them as a major influence. The Kinks were certainly one of the four biggest acts of the 60s, and no-one can tell that story apart from the band themselves.

Frank interviews with Mick Avory, Drummer from 1964-84, John Dalton, Bassist from 1966-77 and John 'The Baptist' Gosling, Keys 1971-78 alongside frank archive interviews with Dave Davies and numerous band insiders. Every key issue is amply illustrated with a host of musical highlights, culled from archives with performance and studio recordings.

Also featuring a deluxe full-colour book, with a track by track analysis of every studio album from their 1964-1978 heyday, rare band artwork and plenty more besides!

Highlights include: Muswell Hillbilly, You Really Got Me, Lola, Waterloo Sunset, Set Me Free, Long Tall Sally. All Day And All Of The Night and more!