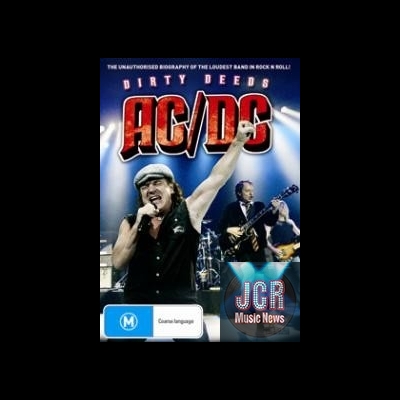 'We do what we do best...which is Rock and Roll!' - ANGUS YOUNG.
With grit and determination AC/DC rose from a small rock scene in Australia, developed a powerful and dynamic sound like no other and succeeded in taking the music world by storm - to date they have sold more than 200 million albums worldwide - their groundbreaking album Back in Black rightfully holds the record as the second highest selling album of all time.
AC/DC: Dirty Deeds boldy highlights one of the most influential rock bands in history, exploring its incredible impact on the music scene and passionately detailing the 40 plus years of hard rock celebrated by audiences around the world. Thoroughly up to date with releases including Black Ice and the Ironman 2 Soundtrack, it is supported by illuminating interviews with AC/DC biographer Malcolm Dome, Jerry Ewing of Classic Rock Magazine, Entertainment Editor Richard Wilkins, Rock Historian Glenn A. Baker and AC/DC ex-manager Michael Browning. Also featuring rare and classic archival footage of the group, from their extraordinary debut on Australian live TV performing 'Baby Please Don't Go' on ABC's Countdown in 1975, through to hit songs 'Highway to Hell', 'Hells Bells', 'Thunderstruck', interviews with Angus Young and Brian Johnson, this thoroughly researched program leaves no stone unturned - describing AC/DC as the true titans of rock and roll.

You are an unconditional fan of AC/DC ? Check if you have all the collection.
If you just want discover a little more, the list below will help you.