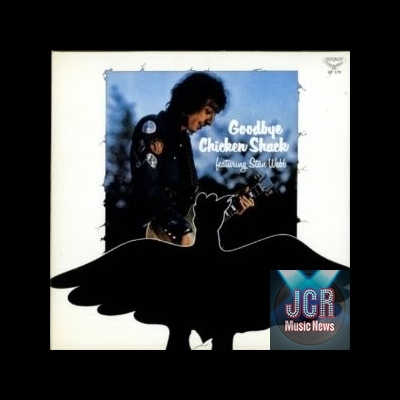 NEWLY REMASTERED EDITION OF THE CLASSIC 1973 LIVE ALBUM BY CHICKEN SHACK BOOKLET WITH FULLY RESTORED ARTWORK & ESSAY REVIEWS IN UNCUT , MOJO , RECORD COLLECTOR & CLASSIC ROCK PROG MAGAZINES COVERAGE ON RELEVANT WEBSITES & FANZINES Esoteric Recordings are pleased to announce a newly remastered edition of this classic live album by CHICKEN SHACK. Goodbye was recorded at Brunel University on the 26th October 1973 and saw bandleader, guitarist STAN WEBB, joined by DAVE WILKINSON (Electric Piano), ROB HULL (Bass) and ALAN POWELL (Drums). Soon after this recording, Webb disbanded Chicken Shack to join Savoy Brown. The album was belatedly released in Germany and Japan only in 1978 and was a fine testament to the excellence of Chicken Shack as a live band. This Esoteric Recordings reissue has been newly remastered from the original master tapes and also features a booklet that fully restores all original album artwork with a new essay.