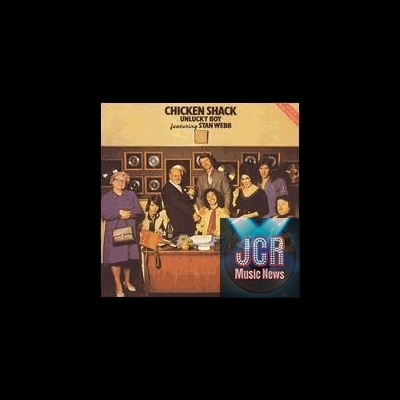 NEWLY REMASTERED EDITION OF THE CLASSIC 1973 ALBUM BY CHICKEN SHACK BOOKLET WITH FULLY RESTORED ARTWORK & ESSAY REVIEWS IN UNCUT , MOJO , RECORD COLLECTOR & CLASSIC ROCK PROG MAGAZINES COVERAGE ON RELEVANT WEBSITES & FANZINES Esoteric Recordings are pleased to announce a newly remastered edition of the classic 1973 album by CHICKEN SHACK. Unlucky Boy was the sixth album by the group and the second for Decca s DERAM label. By the time of its recording the band had undergone changes to the line-up, instigated by band leader, guitarist STAN WEBB. Now a trio featuring BOB DAISLEY (Bass) and PAUL HANCOX (Drums), the album also saw a guest appearance by CHRIS MERCER (saxophones). This Esoteric Recordings reissue has been newly remastered from the original master tapes and also features a booklet that fully restores all original album artwork with a new essay.