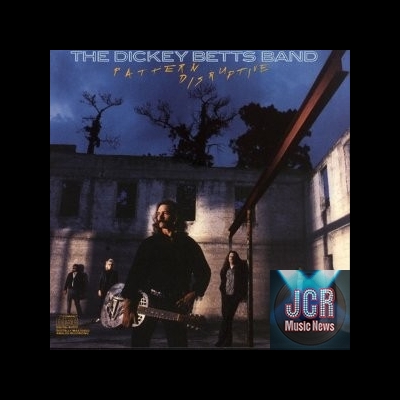 1988's 'Pattern Disruptive' was released amidst another schism within the Allman Brothers Band.  Credited to 'The Dickey Betts Band' (consisting of drummer Matt Abts, lead guitarist Warren Haynes, keyboardist Johnny Neel and bassist Marty Privette), this is one you either love, or detest.  I find myself falling in the latter category.  Mind you, there's nothing wrong with AOR material such as 'Rock Bottom', 'Stone Cold Heart' and 'Heartbreak Line'.  Had a band like Loverboy or Whitehead released it, the album would have drawn universal acclaim and massive sales.  Unfortunately, that's the problem here.  Betts is such a gifted singer, songwriter and guitarist that it's a gigantic disappointment hearing him cater to the lowest common denominator.  Tracks such as 'Time To Roll' and 'Under The Guns Of Love' are certainly commercial (in a late-1980s fashion), but everything here sounds overly calculated.  Even the instrumental 'Duane's Tune' (probably the stand out tune), sounds like it was added with the express purpose of selling another 10,000 copies.  Geez, it's almost as if Betts decided he wanted to run a 'hair band'.  Elsewhere, Allman Brothers drummer Butch Trucks guested, while Haynes and Neel both went on to join a late edition version of the Allman Brothers.

You are an unconditional fan of DICKEY BETTS (Allman Brothers Band) ? Check if you have all the collection.
If you just want discover a little more, the list below will help you.