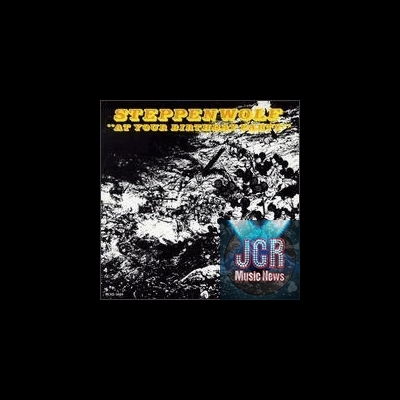 At Your Birthday Party

The career of Steppenwolf was fast and furious, and though the band –one way or another- lasted until the present day (miracles, sweet miracles the life has), probably their munitions were consumed in their first, and to a lesser extent, second LPs.
This was their third one At your birthday party, showing the John Kay’s band still strongly rooted in to the psychedelia and the 1960s, nonetheless their distinctive seal of urban pyromaniacs.
And baby: the shepherd’s pie started going off in the middle of this album’s end, and the next album’s beginning, I assume, or something; because though the thing here it’s alright, it is quite far from being “all right”.
There are here acouple of songs that were deemed the great thing, such “It’s never too late”, “Jupiter’s child” and the laconically entitled “Rock me”, and they are ok, but honestly is opening act’s stuff.
The band of Born to be wild and The ostrich looks like a risible outfit of psychedelic operetta in this At your birthday party that, anyways, is still better than their next boredom “Monster”.