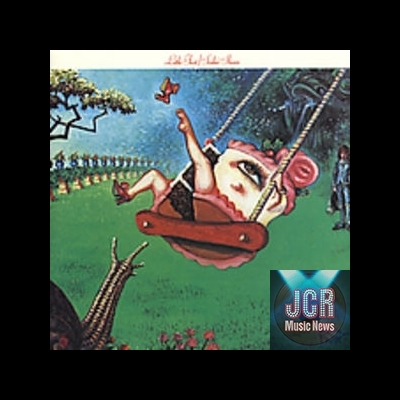 Little Feat's debut may have been a great album but it sold so poorly, they had to either broaden their audience or, in all likelihood, they'd be dropped from Warner. So, Sailin' Shoes is a consciously different record from its predecessor - less raw and bluesy, blessed with a varied production and catchier songs. That still doesn't make it a pop record, since Little Feat, particularly in its first incarnation, was simply too idiosyncratic, earthy and strange for that. It is, however, an utterly thrilling, individual blend of pop, rock, blues and country, due in no small part to a stellar set of songs from Lowell George. If anything, his quirks are all the more apparent here than they were on the debut, since Ted Templeman's production lends each song its own character, plus his pen was getting sharper. George truly finds his voice on this record, with each of his contributions sparkling with off-kilter humor, friendly surreal imagery and humanity, and he demonstrates he can authoritatively write anything from full-throttle rock & roll ('Teenage Nervous Breakdown'), sweet ballads ('Trouble,' a sublimely reworked 'Willin''), skewered folk ('Sailin' Shoes'), paranoid rock ('Cold, Cold, Cold') and blues ('A Apolitical Blues') and, yes, even hooky mainstream rock ('Easy to Slip,' which should have been the hit the band intended it to be). That's not to discount the contributions of the other members, particularly Bill Payne and Richie Hayward's 'Tripe Face Boogie,' which is justifiably one of the band's standards, but the thing that truly stuns on Sailin' Shoes is George's songwriting and how the band brings it to a full, colorful life. Nobody could master the twists and turns within George's songs better than Little Feat, and both the songwriter and his band are in prime form here.