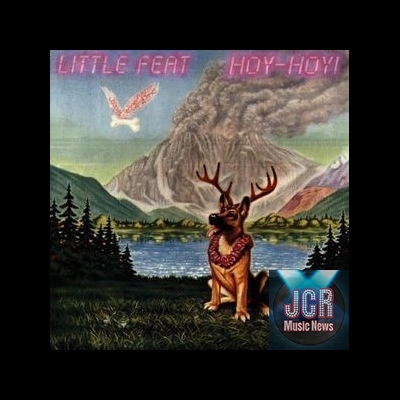 Perhaps realizing that Down on the Farm wasn't the proper swan song for Little Feat, the group persuaded Warner Brothers to release a compilation of rarities and overlooked tracks as a swan song and farewell to fans. Filled with live performances, obscurities, album tracks, and a new song apiece from Bill Payne and Paul Barrere, Hoy Hoy is a bit scattered, a bit incoherent, a little bewildering, and wholly delightful -- a perfect summation of a group filled with quirks, character, and funk, traits which were as much a blessing as they were a curse. Hoy Hoy is one of those rare albums that may be designed for diehards -- who else really needs radio performances, early recordings from before the band was signed, and outtakes, especially if they're surrounded by early album tracks? -- but still is a great introduction for novices. That doesn't mean it's as good as such masterpieces as Sailin' Shoes, Dixie Chicken, or Waiting for Columbus, but it does capture the group's careening, freewheeling spirit, humor, and musical versatility, arguably better than any single album. That's one of the nice things compilations like this can do -- they can summarize what a band was all about in a way a straight studio album couldn't. So, that's why it may be a good gateway into the band for novices, even though it's missing such essentials as 'Willin'' and 'Fat Man in the Bathtub,' but it's truly for the dedicated, who will not only love the rarities (and these live cuts are hotter, on whole, than Columbus) but will savor the context.