* Originally issued on the album Performance: Rockin’ The Fillmore (A&M SP 3506, 1972)
All other tracks on this disc previously unissued including all tracks on disc one.

Mixed and mastered from the original multi-tracks under the supervision of Peter Frampton and Jerry Shirley.4 Hours of Music on 4 CDs!

One of the world’s greatest live albums is now four times greater!

When Steve Marriott left the Small Faces (Rock and Roll Hall Of Fame Class of 2012) to launch a new band in 1968, expectations were high. Marriott teamed with 18-year-old guitarist Peter Frampton, already a U.K. star through his work with The Herd, along with bassist Greg Ridley from Spooky Tooth, and 17-year-old drummer Jerry Shirley, who Steve Marriott had used as a session player for Andrew Loog Oldham’s Immediate Record Label.

Humble Pie recorded four albums and several singles before achieving its U.S. breakthrough with their 1971 the double-live set Performance: Rockin’ The Fillmore. Drawn from four shows played over two consecutive nights at Bill Graham’s legendary Fillmore East, Performance captured a red-hot band firing on all cylinders, distilling the crowd-pleasing heavy blues-rock style that had come to dominate the Brit foursome’s repertoire, and which would help to lay the foundation for the sound that would soon become known as heavy metal. Performance caught on in a big way with American listeners, hitting #21 on the U.S. album chart and becoming the Pie’s first Gold album.

Now, for the first time, Omnivore Recordings has gathered all four shows from Humble Pie’s historic Fillmore East stand in this lovingly packaged four-CD box set. No editing or resequencing—just the four sets as they were played on May 28 and 29, 1971. The seven tracks that comprised the original album are joined here by 15 previously unissued performances—including the never-before-heard complete first set from May 28! 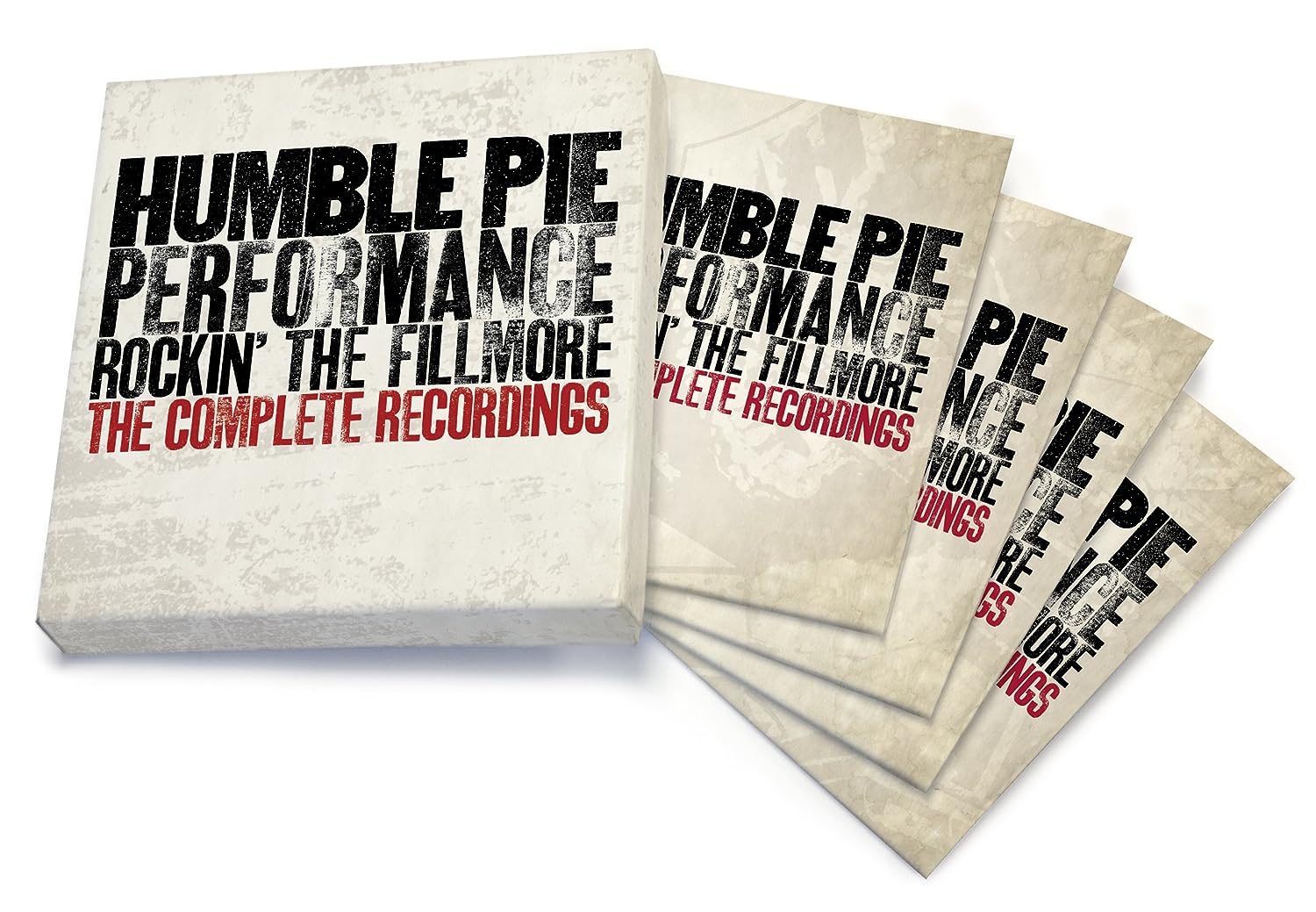 You are an unconditional fan of HUMBLE PIE ? Check if you have all the collection.
If you just want discover a little more, the list below will help you.