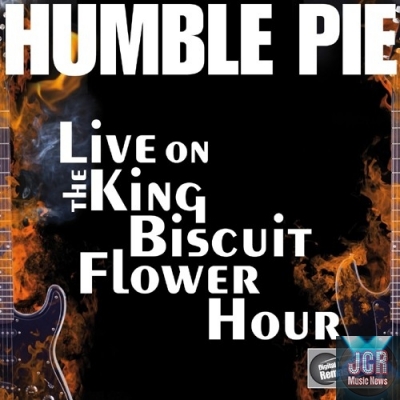 While Led Zeppelin ruled the world in the early '70s, Humble Pie forged their own slice of rock 'n' roll notoriety with their blues-based hard rock 'n' roll, thanks largely to the passion that front man Steve Marriott supplied. Marriott may have been small in stature, but he had a huge rock 'n' roll heart... cut him and he bleeds the blues.

The DIR Network captured Humble Pie live, in May of 1973, at the legendary Winterland Theater in San Francisco. The recording was later aired on American FM rock radio stations via the King Biscuit Flower Hour. The set featured a revamped lineup from the epic Performance: Rockin' the Fillmore days. Peter Frampton had left the band, and was promptly replaced by Clem Clempson.

The live tracks from this recording were hammered home while the band was on the road, promoting their double album Eat It, which featured three sides of studio cuts and one side of live material.

The concert recording from the King Biscuit Flower Hour radio show, kicks off with an inspired version of 'Up Our Sleeve', that just rips! A perfect concert opening cut, which gives way to the bluesy 'Four Day Creep' and a cover of 'C'mon Everybody'. The Pie's version of the Rolling Stones 'Honky Tonk Woman' features the stellar backing vocals of the Blackberries, Venetta Field, Clydie King & Billie Barnum. They compliment Marriott's soulful vocals perfectly.

Other hot tracks from this live set include the raucous '30 Days in the Hole', the upbeat 'Hallelujah, I Love You So', and the riff-infested, thirteen minute jam on 'I Don't Need No Doctor'.

Humble Pie proved once again what a shit hot live band they were with this fine in concert recording.

You are an unconditional fan of HUMBLE PIE ? Check if you have all the collection.
If you just want discover a little more, the list below will help you.