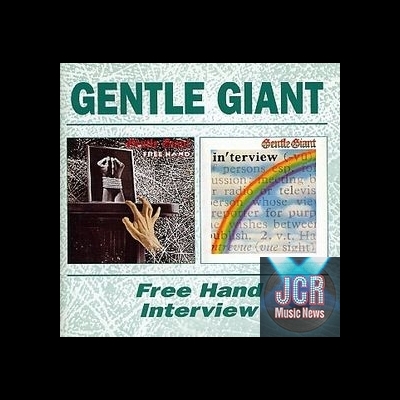 While Gentle Giant's personnel remained an incredibly stable unit throughout their Capitol years (1974-1980), there also existed two distinct approaches to their music during that six album stretch -- seven if one includes their live Playing the Fool: The Official Live album. Fortunately, these two releases caught Gentle Giant in their prime as they creatively combined jazz, folk, early music, funk, and rock, creating their unequaled brand of offbeat progressive rock. Marked by intricately timed passages, tight, focused playing and detailed vocal harmonies, these two albums, Interview in particular, also brought to an end their reign as one of the more influential of the non-mainstream British progressive bands. The Missing Piece in 1977 would see them shift to a more basic, radio-friendly sound that, in inimitable late-'70s fashion, both disappointed their devoted fans and failed to garner wider commercial appeal. In retrospect Interview was viewed by the band as a hasty effort in which it failed to progress. But, from a fans' standpoint, it was a godsend, as it gave them one more album to cherish before the 180-degree shift took place in 1977. An added bonus to this release is a six-page, detailed account of these two albums chronicling both the recording process and aftermath, including quotes by band members Ray Shulman and Derek Shulman.

You are an unconditional fan of GENTLE GIANT ? Check if you have all the collection.
If you just want discover a little more, the list below will help you.