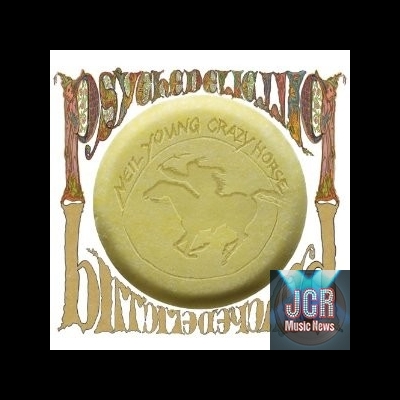 The new project is a massive collection of songs and videos that — in Young’s view — will be best experienced via planned triple-vinyl and Blu-ray editions. For fans of more recent technology, you can also get the album on double CD or download it — plus the videos — at iTunes. Much like he did on ‘Americana,’ Young will include full length videos for all of the songs on ‘Psychedelic Pill.’ The reason for the mini-boxset is that many of the songs are so long.

Crazy Horse guitarist Frank Sampedro told Rolling Stone about one song called ‘Walk Like a Giant,’ a giant, “20-minute long feedback-drenched epic.” “We played it one time and the next thing we know we’re doing overdubs,” he said.

“We had no idea we’d done something that big. I imagine it’s about Earth being destroyed by this giant, and we’re screening the planet for survivors and s**t. I have all these images going through my head. It’s really crazy.”

Young and Crazy Horse have previewed six of the songs during shows this month. Sampedro said it’s the band “jamming and having fun” like they did when onetime producer David Briggs was at the helm. The album was recorded right after ‘Americana,’ a well-received collection of American folk standards