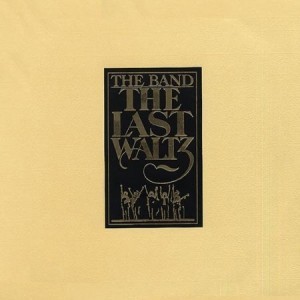 'The road was our school. It gave us a sense of survival; it taught us everything we know and out of respect, we don't want to drive it into the ground...or maybe it's just superstition but the road has taken a lot of the great ones. It's a goddam impossible way of life' - Robbie Robertson, from the movie 'The Last Waltz', quoted in the box set. Perhaps Robertson's greatest gift is how he can spin a myth, making the mundane into majestic fables. Outside of his songs, his greatest achievement in myth-making was The Last Waltz, where he doesn't necessarily overstate the amount of time the Band spent on the road, but he sure tried to make it all seem like something special, both in amount of time they spent on the road and what they've accomplished. And while he was right on the latter -- the Band did change the course of music, leaving behind records that still sound gloriously rich and out of time -- the former is a bit of a stretch since not only were the rest of the Band not exactly ready to stop touring (they would later reunite without him), it ignores the basic fact that touring is what working musicians do. They make music, they play for audiences, they keep rolling throughout the years, and many of the artists invited to participate in the Band's farewell concert -- Ronnie Hawkins, Dr. John, Muddy Waters, Van Morrison, Neil Young, the Staple Singers, Emmylou Harris, Eric Clapton, and Bob Dylan, who legendarily launched a neverending tour in the '80s -- lived the life of a working musician, performing live well past 50. The Band was cut from the same cloth as this, but Robertson realized that the group wasn't doing itself any good by staying on the road -- and the accompanying Martin Scorsese-directed film does suggest that the Band was indulging itself way too much -- and that it was the perfect time to draw the curtain on the Band with a lavish concert that turned their entire career into a burnished myth, nearly as ancient and romantic as photographs from the Civil War. Hence, The Last Waltz, a farewell concert on Thanksgiving 1976 promoted by Bill Graham and turned into a timeless documentary by Scorsese, was released as a triple-album set in 1978 and finally reissued as a four-disc box set by Rhino in 2002, on its near-25th anniversary (it's somewhere between 24 and 26, depending if you're counting performance or release, so 25 is a good compromise). Many people call this the greatest rock movie and greatest live performance of all time. They're wrong. It could be argued that the film is among the greatest rock films -- convincingly so, actually -- but the music amplifies not just what was great about the Band, but also their greatest flaws. That is, their effortless virtuosity and wonderful organic sound is a joy to hear, yet it can be undercut by the literary pretensions of Robertson, which gives the songs and sometimes the performances an artificial, academic feel -- something that is accentuated here, since the music is being presented in an artificially romantic setting, where everything was heightened for the cinema; the Band even gives the entire enterprise a theme straight out of 'The Third Man'. This resulted in something equally wonderful and affected, with each track having portions of both in different proportions. On the whole, the sublime outweighs the missteps, particularly since the invited guests are by and large troubadours who enjoy playing: Dr. John hauling out 'Such a Night' (such a standard practice, it was later parodied on SCTV), Bobby Charles turning in the happiest performance of the evening with 'Down South in New Orleans,' Muddy Waters roaring through 'Mannish Boy,' Paul Butterfield playing mean harp, Van Morrison's joyous set, Dylan performing with an authority that suggests that he always thought he owned the Band. Other good moments are here. Clapton croons his Band-supported album track 'All Our Past Times' with appropriate melancholy; Neil Young turns out a sweet 'Helpless'; Joni Mitchell's 'Coyote' is alluringly allusive; even Neil Diamond's 'Dry Your Eyes' -- all are engaging. But it doesn't add up to something transcendent, either in its original triple-album set or in this quadruple-disc box.

Part of the problem is that the concert is supplemented by a studio set -- entitled 'The Last Waltz Suite,' expanded to a full disc here -- that feels entirely out of place, even if it was designed to spotlight influences of the Band that weren't covered in the concert. Perhaps that's the reason why it feels so studied and affected, right down to the Staple Singers' celebrated version of 'The Weight.' This draws attention to one of the problems of the Band shining a spotlight on their influences -- they are treating their influences with a respective distance, not as if something that is still vital to them, making even appearances by ruffians like Hawkins seem like museum pieces. Much of the Band absorbed these influences, so some of the spirit echoes throughout their own performances, but that distance is still evident -- enough so that this music isn't transcendent, when it should be. This is all evident in spades within the box of The Last Waltz, which is an admittedly handsome, loving production. It's not necessarily historically accurate -- the Band performed a full set before the guests show up, but here their songs are interspersed throughout the first three discs, a couple of songs are left off, and even 'The Genetic Method/Chest Fever' doesn't have the latter part of the song. Still, this is as good as an historical release as imaginable, since it is expertly detailed, impeccably mastered, perfectly annotated, and filled with great liner notes and much unreleased material. None of the newly released material is revelatory -- the jams are negligible (everybody sounds like they just ate a bunch of turkey before they played), the rehearsals confirm that Van the Man really clicked with the Band, the studio ideas fall flat, 'Don't Do It' is as great as ever, everything inserted into the proper concert is welcome, even if it varies in quality -- but it's all good, all welcome for those that have bought the myth of the Band and, particularly, The Last Waltz. But the box proves that the myth, in regards to the final concert, is not accurate -- for those listeners who didn't grow up with the music, or those that never thought this particular concert pulled the curtain down on a wonderful era, it's easy to wonder what all the fuss was about. Because the thing is, the people who sound the best here -- Dylan, Van Morrison, Dr. John, Levon Helm himself -- are the ones who didn't treat the road as a goddam impossible way of life, but as what a working musician does. The Last Waltz teeters between these two schools of thought, wanting to celebrate the end while blithely ignoring that musicians make music for a living -- and that's what keeps the music from truly captivating, from being essential, even if this set is perfectly assembled.

You are an unconditional fan of THE BAND ? Check if you have all the collection.
If you just want discover a little more, the list below will help you.