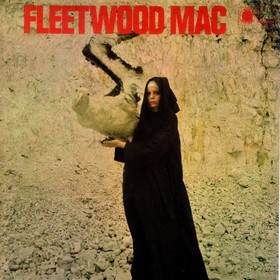 The reissue of this early compilation is inevitably going to get a reduced rating from many people, if only because there's some wildly redundant bonus material on here. Maybe there was a legal reason more original, non-repetitive material couldn't have been included.

That said, the comp is still one of the most important compilations ever put together - for the simple reason that millions of people still have no clue what the Sixties incarnation of Fleetwood Mac sounded like. That's not to say that newcomers will automatically become converts to blues or blues rock. But Peter Green (the original leader) and crew proved they were among the best practitioners of a mutated form that others got most of the credit for (due to their more showy styles of guitar-playing, no doubt).

And yeah, that song on track 6 started with Fleetwood Mac, not Santana.

Anyway, the early Mac albums are thoroughly good enough to recommend over this uneven compilation, but the importance thingy above trumps that, for those who are curious. Or when the originals are in rare and/or expensive supply. and the YouTube folks have been on a takedown binge.

Mildly psychedelic at times and moderately rocking when it feels like it, but with a fairly gentle and grounded spirit, maybe early Mac was doomed after all to be overshadowed by those who would crank the amps even higher.