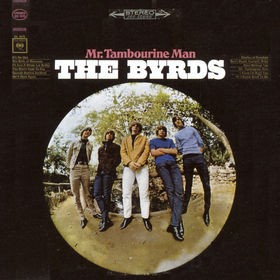 The Byrd's debut album Mr. Tambourine Man was a very important record for the birth of the folk rock genre. But I've never been that impressed about this one. I have never liked their singing style which is one of the biggest reasons I don't like this whole record.

Most of the material is cover stuff but there's also some material by Gene Clark. Especially the Bob Dylan cover 'Mr. Tambourine Man' was highly successful. There's several other Dylan covers too. None of these songs really entertains me to be honest. Very mediocre tracks after another I think.

Mr. Tambourine Man is a really important album historically but I can't get much out from it. Overrated as hell.

You are an unconditional fan of BYRDS ? Check if you have all the collection.
If you just want discover a little more, the list below will help you.