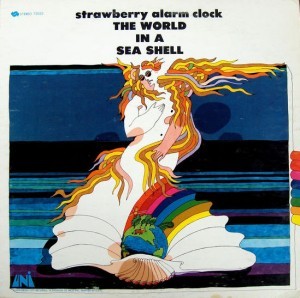 This album is actually a really good album. With this album, alot of people think this is when they went bad. All they Really did was just go Soft Psychedelic Pop. I've listened to this so many times and i realized that it's actually really good. The best songs are 'Blues for a Young Girl Gone', 'An Angry Young Man', 'A Million Smiles Away', 'Home Sweet Home', 'Barefoot In Baltimore', 'Wooden Woman', 'Heated Love', 'Love Me Again', 'Shallow Impessions'. The Second side is probably better the the first, but the first side is pretty good too.

You are an unconditional fan of STRAWBERRY ALARM CLOCK ? Check if you have all the collection.
If you just want discover a little more, the list below will help you.