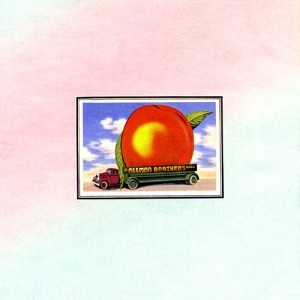 The shorter songs are good.  But as I’ve grown older I’ve become tired of 10+ minute jam sessions. I used to like the jamming or at least that’s what I told myself because I thought that’s what real musicians do. But that changed when I went to a Furthur concert and I didn’t exactly have high expectations even though everybody says they put on a great show.  After the first song they played I thought that it might actually be a good show.  Half an hour later I was ready to go home. But I didn’t.  I stayed. For another three and a half hours (including a whole hour intermission) of the same pointless, meandering, boring 10 minute guitar solos for every goddamn song.  Seriously, it was the same solo for every single song. And it wasn’t even a good solo to begin with.

And that’s what Mountain Jam reminds me of.  A good solo needs a little repetition otherwise it just sounds like you’re going up and down the scales, but too much repetition and it’s like “All right. We get it! You can bend the fucking strings.” A song needs to have some direction or theme or purpose.  Mountain Jam has none of these things because it is indeed a jam.  And a jam is something bands do when they don’t have enough material to last throughout the gig.  It’s a half an hour of filler.  You might say I’m young.  You might say I’m unlearned but the whole point of music is to be entertained, which I was not.  Listening to this song felt a lot like work.

The moral of the story?  Unless the name of your band happens to be Pink Floyd keep your songs under 20 minutes, because, you know what?  I just want to hear the fucking song.