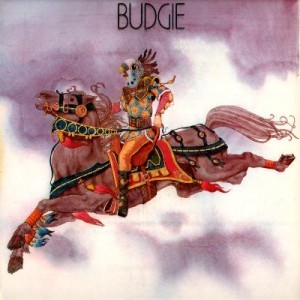 On 180-gram vinyl. As was often the case with debut albums from the late sixties and early seventies, 'Budgie' (1971) was a mixed bag of hard rock combined with a strong dose of blues. Produced by Black Sabbath producer Roger Bain. 'Squawk' (1972) and 'Never Turn Your Back On A Friend' (1973) were further studio albums following in quick succession. The latter probably being the best known of Budgie's work. 'In For The Kill' followed in 1974 and by now the line up changes began with Ray Phillips departure and replacement by the soon departing Pete Boot. The band experienced further membership changes and in 1978 Tony Bourge moved on and in stepped John Thomas, who later also worked with Glenn Hughes. Their music is highly-rated by the heavy rock fraternity.

You are an unconditional fan of BUDGIE ? Check if you have all the collection.
If you just want discover a little more, the list below will help you.