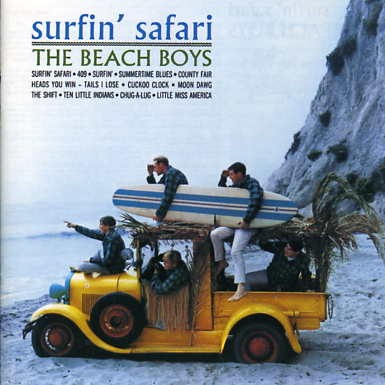 Formed in 1961 when Dennis Wilson, the only Beach Boy to regularly visit the beach, asked his brother Brian to write a song about the sport of surfin', the Beach Boys reached number 75 in national charts with their first single (the resultant song 'Surfin'') and were immediately signed to a major label. Tough many debut albums in the early 60's were mainly build around a few smash-hits, the Beach Boys' 1962 debut full lenght on Capitol (featuring such hits as 'Surfin' Safari', '409' and their version of the Eddie Cochran's classic 'Summertime Blues') remains one of the great first steps of American Pop Culture the way we know it today, and an unmissable page in the history of rock and roll.

You are an unconditional fan of BEACH BOYS ? Check if you have all the collection.
If you just want discover a little more, the list below will help you.