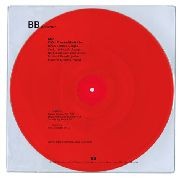 Formed in Cologne in 1968, the year of the student riots that rocked Europe, Can was the band that rose from the ashes. Three ex-students of avant-garde composer Karlheinz Stockhausen (Holger Czukay, Irmin Schmidt and Michael Karoli), well-known German jazz drummer, Jacki Liebezeit and American singer, Malcolm Mooney took rock music and turned it on its head. Although the band was still playing traditional instruments, their 'spontaneous compositions' had little to do with the rehearsed conventions of rock. Tracks like 'Father Cannot Yell' and the 20-minute 'Yoo Doo Right' from their debut LP Monster Movie, and recorded live in Cologne in July 1969, were the first steps into the beyond, setting the tone for a whole new genre of German music that the world would soon be calling 'krautrock'.