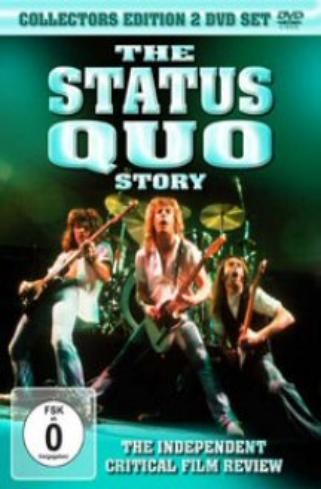 Anyone who has seen Status Quo in action during their spectacular forty year career will have thrilled to the undisputed kings of heads down no-nonsense boogie. In a unique in depth interview, Quo drummer of nearly 20 years John Coghlan reveals what it was like to be the powerhouse in one of the worlds most successful rock bands during their seventies heyday. Further fascinating insight is provided by producer Pip Williams, the man behind eight of their greatest albums.
Woven around their stories is footage drawn from classic Status Quo performances throughout the years. The programme also features analysis of the band and its music by a specially assembled team of respected music critics, plus the memories of ex-Remus Down Boulevard guitarist Dennis Stratton who was with them on their infamous seventies tours.