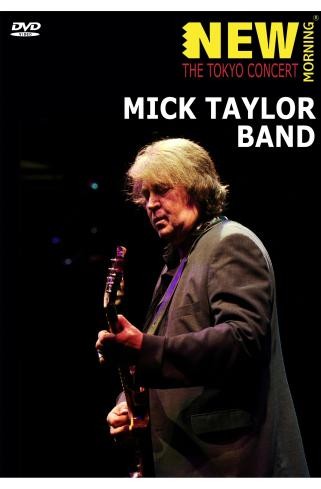 Best known as a former guitarist and contributing member of The Rolling Stones, Mick Taylor has worked with many famous names over his 40 year career, including Jack Bruce and Bob Dylan.

The sophisticated jazz- and blues-influenced guitar licks Taylor added to such classic albums as Sticky Fingers (1970) gave the Stones an added dimension they lacked before and after him. He added his famous vibrato effect to the blues lead guitar line on 'Sway' and handled most of the guitars on the quietly majestic 'Moonlight Mile.' Perhaps Taylor's best-remembered Stones work was the Santana-like lead guitar in the jam break of the jazzy 'Can't You Hear Me Knocking.'

This live in concert DVD, filmed July 2nd, 2009 at the famous New Morning Concert in Paris, shows Mick Taylor at his very best.

You are an unconditional fan of MICK TAYLOR (John Mayall/Rolling Stones) ? Check if you have all the collection.
If you just want discover a little more, the list below will help you.