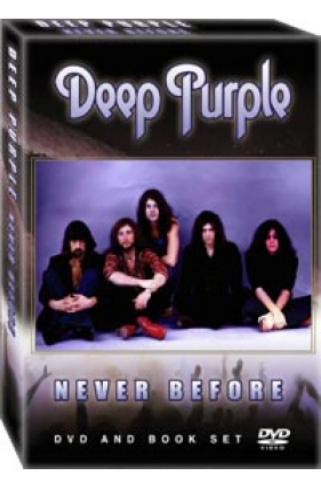 Before Deep Purple were one of the pioneers of hard rock, and have gone sold over 100 million albums, despite the constant personnel changes and personality clashes between the band members. This DVD draws on archive footage of Deep Purple playing in concert from film and tv sources, and features the candid reflections of former Deep Purple band members Nick Simper and Glen Hughes, along with archive interviews of Ritchie Blackmore, Jon Lord, Ian Paice, Ian Gillan, David Coverdale and one of the last interviews by the late Tommy Bolin. We also hear first hand accounts of insiders from the Purple camp along with a team of leading journalists and musicians who help strip away the layers of sensationalism and half truths to produce the definitive re-appraisal of Deep Purple, in their own words.

The 72-page book is filled with fascinating interviews with Ritchie Blackmore, Jon Lord, Ian Gillan and Roger Glover and features many full colour photographs of Deep Purple in performance.