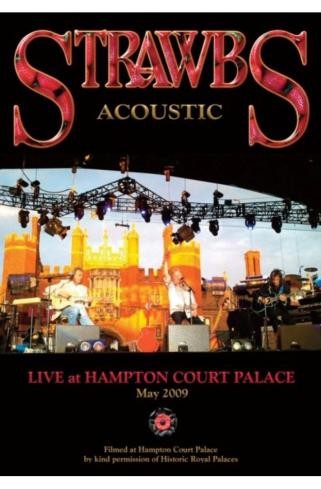 12. Excerpt from 'The Six Wives of Henry VIII'

On 1st and 2nd May 2009, Historic Royal Palaces allowed a concert to take place in front of the magnificent facade of Hampton Court Palace for the very first time. The event was a full length performance of 'The Six Wives Of Henry VIII' by composer Rick Wakeman, his band, choir and orchestra.

Rick invited Acoustic Strawbs to warm the audience up - literally! It was quite chilly but, despite frozen fingers, David Cousins, Dave Lambert, and Chas Cronk gave the performance of their lives to 10,000 people over the two nights.

You are an unconditional fan of STRAWBS ? Check if you have all the collection.
If you just want discover a little more, the list below will help you.