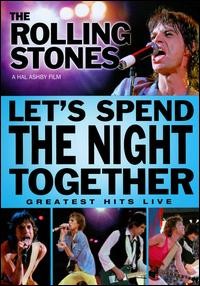 This is the fifth feature-length film in which the Rolling Stones appeared, their most well-known being Gimme Shelter in 1970. In this instance, their 1980 performances at the Sun Devil stadium of Arizona State University in Tempe and at the indoor Meadowlands Arena in New Jersey are presented in sequence. Many camera angles, shots of the crowds, and montages that feature repetitive movements or actions on the part of the performers are combined to spice up the 24 songs. Mick Jagger works the crowd with his batteries supercharged, enough to wear out more sedentary viewers -- which would be just about everyone by comparison. Among the featured tunes are 'Time Is on our Side,' 'Honky Tonk Woman,' 'Jumping Jack Flash,' and 'T & A.'