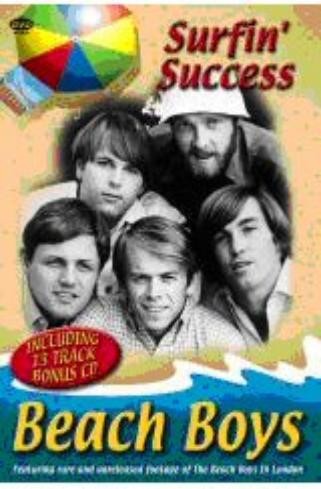 From their arrival at Heathrow to backstage at The Hammersmith Odeon, this film follows the group on their infamous first visit to London. The only American supergroup to rival The Beatles, talk us through their early days when three brothers, a cousin and a high school friend began their surfing harmony group.

This amazing documentary covers their achievements with 'Pet Sounds' and the difficulties Brian Wilson had with the unreleased 'Smile' album. Brian's 'Teenage Symphony To God', was said to be the greatest unreleased album ever made and in this film Brian describes the making of 'Smile' as 'a hashish-fuelled period of craziness'.

He also states that the band would lay on the studio floor with microphones suspended over their heads whilst the weird experimental music filled the room.

At the end of the 60's with success eluding them at home, the band looked to Europe to continue their success. Europe, especially England embraced them and kept them touring and releasing albums for several years.

This film includes many rare and unreleased scenes, and shows the group 'at home' in London.

You are an unconditional fan of BEACH BOYS ? Check if you have all the collection.
If you just want discover a little more, the list below will help you.