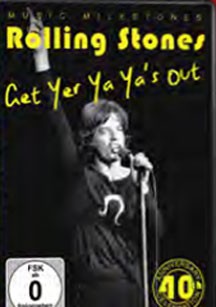 Featuring extensive rare live archive performances by the Stones, this is the powerful review of an album which has been hailed as the greatest live recording of all time. Recorded in November 1969, just five months after the tragic death of Brian Jones and while new boy Mick Taylor was beginning to settle into the band, the album marked a watershed in the history of the stones. Packed with classic material such as Jumpin' Jack Flash, Sympathy for the Devil and Honky Tonk Women, this was the Stones saying farewell to the sixties and looking forward to the new era ahead.