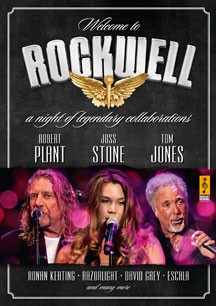 The O2 arena, London was stage for the gathering of some of the UK's most notable, and charitable music icons. The 'Rockwell' event brought together the likes of Robert Plant, Tom Jones, Joss Stone, as well as Lulu, Razorlight, Beverley Knight, Escala, Dan Gillespie Sells (from The Feeling)in one of the most memorable benefit concerts to date. The evening with many major stars sharing the spotlight for brilliant, unexpected surprises was culminated in the final song that saw every act hit the stage for a fantastic version of The Beatles' classic 'Let It Be'! Recorded In HD.