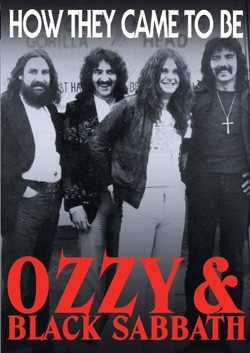 When, in 1968, a young reprobate from the midlands of Britain then known as John Osbourne, placed an advert in a local music shop stating 'Ozzy Zig Needs Gig Has own PA'; few would have believed this humble act of self promotion would result in the coming together of probably the best and certainly most legendary English Rock Ensemble yet to wander the green and pleasant land of his birth. But once the artist soon to be known as Ozzy Osbourne joined forces with fellow second city musicians Tommy Iommi, Geezer Butler and Bill Ward, the world was blessed with a band who, all at once, changed the musical landscape, invented a whole new genre and genuinely terrified the parents of Black Sabbath's fast evolving new army of fans quite to death. This film traces the roots of the mighty Sabbath and tells the near unbelievable story of their first era in which Ozzy was vocalist and showman extraordinaire with these titans of rock. It continues by detailing Ozzy's early solo career in the 1980s and investigates his involvement with the woman without whom many believe he would have struggled to make a comeback at all, God-forbid emerge as a household name who would ultimately get invited to the White House and performed in front of The Queen of England. 70MN.

You are an unconditional fan of BLACK SABBATH ? Check if you have all the collection.
If you just want discover a little more, the list below will help you.