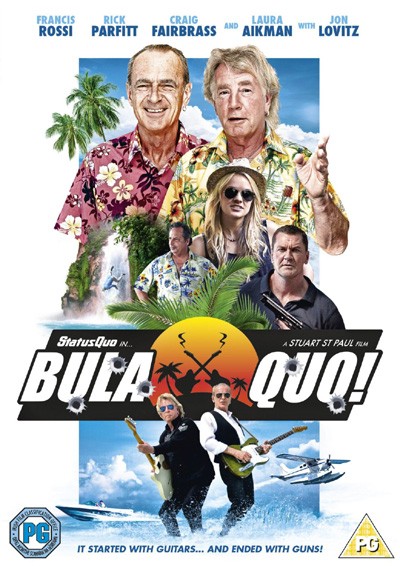 Set against the beautiful, lush and tropical backdrop of Fiji, Bula Quo! sees the rock legends get caught up in a game of cat and mouse after they unwittingly stumble across an illegal gambling den. Witnessing the murder of the latest luckless victim of the gang’s favourite pastime, Russian Roulette, the band flee the scene clutching the only evidence that can bring the bad guys down. As the local ‘godfather’ bays for their blood, can their luck hold out? In true secret agent style, with the help of sea-planes, speed boats, jet skis, golf carts and scuba gear, Bula Quo! follows Status Quo and their entourage as they attempt to evade capture, stay alive and escape paradise unscathed.