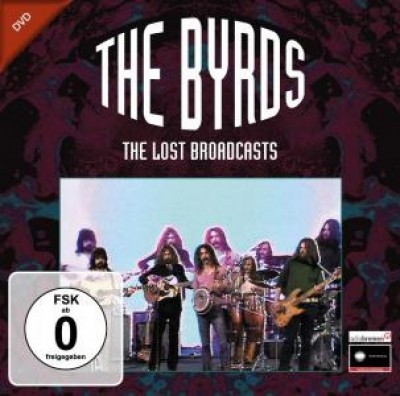 The Lost Broadcasts are a series of DVD sets featuring performances that have rarely been seen since the original transmission on German television, in some cases more than forty years ago. Some of the artists featured within the series are legendary and these “Lost” performances will be a fine addition to any music fans collection. The series covers a number of styles and genres however all of the performances are of a high calibre The Byrds first came to prominence in 1965 when their electrified version of Bob Dylan’s Mr. Tambourine Man became a worldwide hit. The band which at the time featured Roger McGuinn, Gene Clark, David Crosby, Chris Hillman and Michael Clarke would have further hits and record two albums before Gene Clark departed for a solo career. The Byrds would not replace Gene Clark and continued to record singles and albums as a four piece. Albums such as Fifth Dimension and Younger Than Yesterday along with singles such as So You Want To Be A Rock n Roll Star were also commercially successful at this time. In 1968 however David Crosby was sacked from the band just before the release of the album The Notorious Byrd Brothers. There followed a period of transition for the band with members coming and going and during late 1968 McGuinn and Hillman became the only original members of the band following the departure of Michael Clarke. Critically acclaimed albums such as Sweetheart of the Rodeo a genre breaking “Country” styled album featuring Gram Parsons was the next release although the line up featuring Gram Parsons was short-lived and soon after his departure the band recruited guitarist Clarence White previously with the Kentucky Colonels and alongside Gene Parsons in the more recent Nashville West. By the time of these filmed sessions for German television which are spread across two dates in 1971 and 1972 the band had stabilised following various line up changes (which included Kevin Kelley and John York) with the line up of Roger McGuinn alongside Skip Battin on bass and vocals, Clarence White guitar and vocals and Gene Parsons drums and vocals. The first session from the 19th of May 1971 featured newer material including Chestnut Mare from the bands critically well received album Untitled alongside the classic songs So you Want To Be A Rock n Roll Star, Mr Tambourine Man and Eight Miles High. The second session comes from October 1972 the band features drummer John Guerin on drums (who replaced Gene Parsons in September of that year) and they perform three versions of Black Mountain Rag and two versions of So You Want To Be A Rock n Roll Star.

You are an unconditional fan of BYRDS ? Check if you have all the collection.
If you just want discover a little more, the list below will help you.