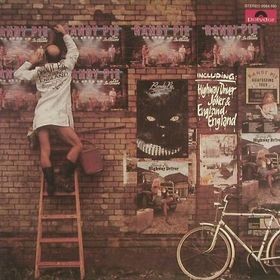 Randy Pie were a moderately successful AOR-rock band of the mid-seventies. Their origins lay in the sixties beat group The Rattles, of which Herbert Hildebrandt (guitar), Klaus-Georg Meyer, Bernd Schulz (organ) and Dicky Tarrach (drums) had all been members. In 1972, these musicians assembled under the name Randy, Pie & Family and recorded two singles for Atlantic. At the end of the year they went their separate ways, but Tarrach was determined to go on, and assembled the group Randy Pie with Bernd Wippich (vocals, guitar, ex-Petards), Manfred Thiers (bass, ex-Gash) and Werner Becker (organ, ex-Studiker). 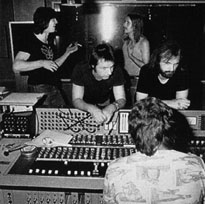 On their first album they played American sounding laid-back rock. For a UK tour in June 1974, Jochen Petersen (sax, guitar, ex-Ikarus and producer) was brought in and added a jazzy touch. The second album should have been named 'Sophisticated', but the UK-branch of Polydor rejected this title. The sleeve was changed and the company gave the album a new title: Highway Driver. On this polished album, Jean-Jacques Kravetz (keyboards, vocals, ex-Frumpy) also appeared. There were seven funky jazz-rock songs featuring three-part harmonies, brass and strings, recalling Doobie Brothers or Steely Dan. Few German bands have tried to copy this sound. 'Kitsch' (1975) was another album in this direction as was 'England, England' (1976), a double live set. Surprisingly enough (considering its title) it was compiled from German concerts.

You are an unconditional fan of RANDY PIE ? Check if you have all the collection.
If you just want discover a little more, the list below will help you.