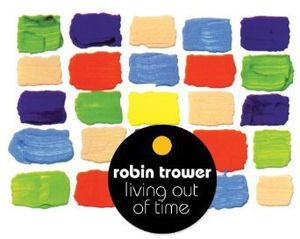 Living Out Of Time

Sharing four tunes with its 2004-released studio counterpart, Living Out of Time, this 2005 performance, recorded at a single gig in Bonn, Germany, is a reminder that Robin Trower is every bit the guitar player he was on his first live album from 1976. Interestingly, three tunes ('Too Rolling Stoned,' 'Daydream,' and the concert-closing 'Little Bit of Sympathy') are reprised from that early collection. Trower and band were ready to release another studio album after Living Out of Time when this was recorded, but none of those tracks made it into this set. Regardless, this is a rousing show that respectfully runs through the warhorses such as a fiery ten-minute 'Bridge of Sighs' and the aforementioned tunes, with as much enthusiasm as the newer, far less familiar tracks. Vocalist Davey Pattison ably replaces the unforgettable James Dewar, who passed away in 2002. He has the same gravelly, soulful bite as Trower's original vocalist and almost as much emotion, even if he isn't working in a unique style. Trower remains Trower, whipping off edgy, Hendrix-inspired riffs on his trusty Stratocaster like he just thought of them. One straight blues sneaks in, a thinly veiled rewrite of B.B. King's 'Rock Me Baby' (Trower recorded that on his 1973 debut) titled 'I Want You to Love Me' and credited to Trower. Otherwise, it's business as usual and business is good as the band charges through this material with impressive chops, live sound that is muscular enough to be studio quality, and nearly inaudible audience participation. Any Trower fan will be thrilled with this document, not just because he's playing with such passion, but also because the mix of new and old material is handled so deftly. It shows that the guitarist has remained true to his original vision yet has moved on to write more quality material, albeit in the same vein as the '70s music that still identifies him. By maintaining his connection to the past but continuing to refine -- if not redefine -- his style on tunes like 'Sweet Angel,' Trower remains one of the few hard rock survivors still worth experiencing in concert nearly 30 years after the release of his most influential work.

You are an unconditional fan of ROBIN TROWER (Procol Harum) ? Check if you have all the collection.
If you just want discover a little more, the list below will help you.