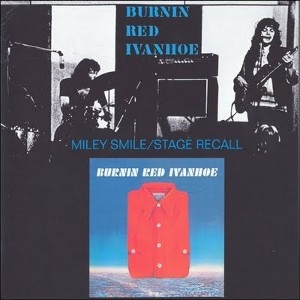 Burnin' Red Ivanhoe was formed back in 1967, and that makes them one of the first scandinavian prog bands. Their style was quite original from the start, blending jazz-rock with R&B, blues, psychedelia etc.. their debut from 1969 (double album) 'M 144' sounds somewhat like THE WHO with jazz influences. Most of Burnin' Red Ivanhoe's albums have that certain scandinavian touch to it, similar to early 70's prog groups such as WIGWAM, CULPEPER'S ORCHARD and TASAVALLAN PRESIDENTTI. In 1971, the band released the album 'WWW', which is probably a good place to start (for proggers), as it contains some of their most progressive and interesting work. The self-titled album they released in 1970 (another gem!), also contains the track 'Secret Oyster Service', and quite soon after that, a new, even more jazz-orientated group was formed, called SECRET OYSTER. Burnin' Red Ivanhoe was disbanded in 1972 (although they released one more album in 1974), and as a result, most members moved over to SECRET OYSTER. Burnin' Red Ivanhoe is recommended for fans of early scandinavian prog rock.